"There's like, just no really good bands around anymore, man."

Many times you can replace the "man" with a dude or a yo, but that statement has been uttered to me countless times over the years and every time I hear it I start to cringe. Often times it's by friends or acquaintances who are still waiting for Zeppelin to get back together or ones who feel that Nirvana destroyed Rock & Roll, so I'm already dealing with an uphill battle when I engage in discussion, but it's impossible for me not to debate the subject, especially when it's so untrue and many times simply the result of ignorance to what's out there. To me, complaining that there's no other bands out there to turn you on is like saying after a breakup that you'll never meet someone else that you'll fall for...without ever walking out the door! If you're not listening, and seeking new bands to stimulate your senses then you have nothing to complain about, as you're not dealing with all the variables. Those that claim they've "heard everything" often retreat back into the protection of their worn out Appetite for Destruction CD's when I start reciting a list of modern era bands that they aren't familiar with, therefore exposing them for the weenies they are for claiming they listen to everything.


I realized a long time ago that my love of music was far beyond the average listener who was content to scan the radio dial and make a few mix CD's of rock songs that went maybe two or three tracks deep on an album. As one of my earlier Posts noted, as long as the music you listen to and enjoy turns YOU on, that's all that's really important. However, that's not the same as claiming that the reason you're not the music fan you once were is because there are no good bands out there. In fact, there are so many it's often impossible to keep up with them all. So where do you find them?

One of my favorite places to discover and listen to new music is www.radioparadise.com, a free Internet Radio station run by a mellow sounding dude named Bill and his pleasant wife Rebbeca. Together they run an amazing operation from their home in California, with no commercials and very little chatter, filling the airwaves with hour after hour of exceptional music. You'll hear Rock, Hard Rock, Jazz, The Blues, Ambient/New Age, Alternative, Vocal, Standards and more, and the beautiful thing is that so much of it are selections that are even rabid music fan may have missed by an established artist. For me, however, it's the more esoteric Indie bands that I love being turned on to, from all over the world, and representing so many musical genres. I recall one particular afternoon listening where a great set of Classic Rock tunes was ended by the stellar "Us & Them" by Pink Floyd, and then followed by four tracks from bands that I had never heard of but became completely intoxicated by. One being the brilliant "God Is An Astronaut", an Instrumental band from Europe that I have since begun to worship. Is it possible that I would have found some of the bands on my own over time? Sure. Maybe. Yet Radio Paradise just makes it so easy, and Bill and Becca have such poetry in how they program, almost as though they can anticipate and understand what the listeners ears yearn for with each song that follows another. If you haven't discovered Radio Paradise yet, you should check them out immediately, and as I said you'll hear plenty of classics on there as well so don't expect it to be only a portal for the new and undiscovered.

So back to there being "no good bands" anymore. It's such an insane statement to me because some of the bands I've fallen in love with of late, at least in my opinion, write and release far more complex, dynamic and intriguing music than many of the big guns from days gone by. I don't mean to take away anything from icons like The Beatles, Zeppelin, The Who, The Rolling Stones, etc., as I worship these bands for not only what they contributed musically, but also for their contribution to the landscape of popular culture and entertainment as well. Though, there is an argument to be made that the sheer over abundance of these bands, with their music having been played countless times and shown up in movies, TV shows and so many facets of our lives that eventually a point comes where we need something "fresh" and different, especially if that band is no longer releasing new material. I suppose my point is that I don't feel guilty feeling like I prefer "Bon Iver" by the artist of the same name or "Boxer" by The National to "Quadrophenia" or "In Through the Out Door", though some people would consider that blasphemy. Just because a band have attained legendary status and influenced countless others doesn't mean they're owed the eternal gift of holding all of their recordings in a place of sanctum, untouchable and without critique. I might be the only one of my friends that actually goes back and re-listens to some of these classic CD's and often hears things I missed, forgot about or never liked before, and many times I'll develop a kinship with it beyond what I had previous, but sometimes the opposite is true...and I start to wonder how and why the album achieved the praise and sales numbers it did. Regardless, the beauty in music is that's there's a place and a fan for all of it.

Bands like Radiohead have taken Rock Music and tore it apart from the inside out and created beautiful and complex sounds that many times resemble nothing that could owe a debt to artists of yesterday, though it does. With talent, dedication and uncompromising will the band have forged a sound that has brought to it a legion of fans. In the less mainstream category you have bands like Porcupine Tree that blended hard driving, almost metal-esque sounds with an ambient and Progressive Rock sound and carved out their own niche in the musical landscape. Arcade Fire, The National, Bon Iver, Fleet Foxes, Iron and Wine, Death Cab for Cutie and Band of Horses have written and released some of the best Alternative/Indie rock that has ever been recorded. My Morning Jacket has crafted a sound that's unique and invigorating, coupled with a live show that could put even the best jam band to shame. There's dirty and driving rock and roll from Black Rebel Motorcycle Club and Southern Flavored Alt Rock swirled with an Arena kicker in Kings of Leon. Pearl Jam, a band that arrived at the supposed "death of Rock and Roll", is still cranking out fresh, relevant and kick ass music and have no signs of stopping. Joe Bonamassa, a British Blues inspired guitarist from New York is tearing up eardrums with his exceptional playing style and amazing live shows. Mumford and Sons are taking the trend of infusing rock with country, folk and roots music and moving it into wonderful places. I could list a hundred more...and a hundred after that.

There are no shortage of great bands out there. You just need to open your ears, as well as your mind, and you'll be swimming in great music. Bring a floatie :) 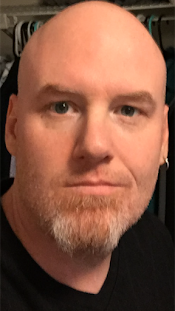